Since late 1950’s, Cadillac and ford begun using vinyl in car roofs. The evolution in car design was followed by change of growing interest in convertibles and new designs. With the advent of vinyl fabric, a manufacturer found a growing opportunity to use vinyl fabric in car roofs. Since the material was not costly, but car purchaser were ready to provide premium for it. Vinyl fabric was used by general motors in 1962 and later adopted by Chrysler, they used vinyl fabric in dodge dart roof and it was also offered by ford mustang.

Vinyl Roof evolved between the period of 1960-1970. Vinyl was used on car roofs widely and covered full roofs of cars from C pillar to middle pillars also. Unlike a full vinyl covered roof, a Halo roof was introduced which covered the roof of the car, but leaves the side widows and windshield to appear clearly. Different attempts were made to coincide with the vehicle’s appearance, a canopy type roof covered two third of the roof or half of the roof and covered wind shield and pillars, however C pillar is not covered in Canopy type roof. If you’re tired of fading colors due to excessive temperatures, Vinyl Fabric is the best material to use on car roofs. 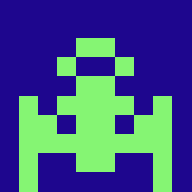